Daler Mehndi In The Metaverse

Metaverse is the latest trending buzzword in the technology space. A virtual network where people can interact virtually and take it to the next level. As the metaverse becomes a reality, the Indians seem to get warmed up in the rising metaverse space.

As the metaverse race intensifies, popular Punjabi singer Daler Mehndi on Wednesday became the first Indian to perform at a Metaverse concert on Republic Day. Mehndi is known for captivating the audience with his contribution to singing and as a writer and record producer. Daler is well-known for making the Bhangra dance world famous.

Earlier on January 17, the singer had announced that he would sing in Metaverse to celebrate the 73rd Republic Day celebrations. Mehndi also posted a video on his official Instagram handle for users to click and claim free concert passes, via a link. 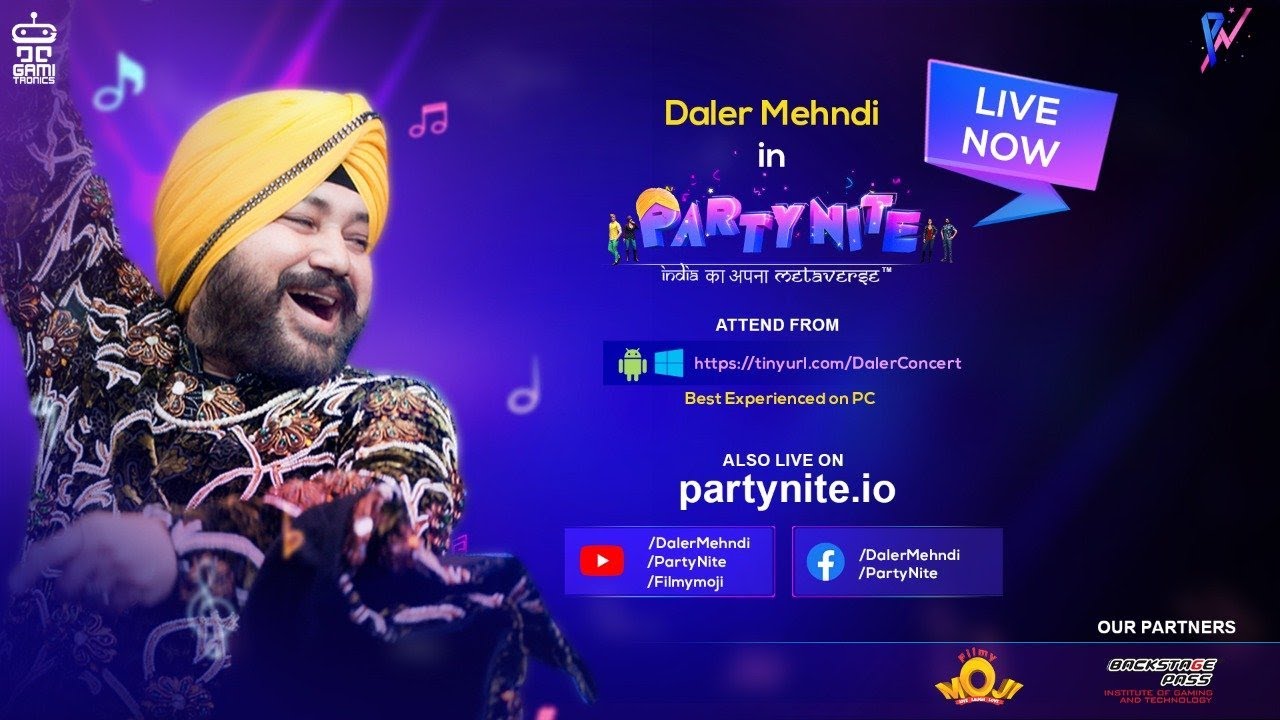 According to reports, the artist was previously informed that due to a technical collision the system had to be delayed.

"Due to the sudden surge of 15 lakh logins in our platform, we are facing a minor technical breakdown. So sorry, I'm not able to interact with you here today. Always proud of the outpouring of love from my fans. Total 2 crore people witnessed this initiative. Login servers are now up & running. Keep rocking & Happy Republic Day!!,"   he wrote in captions.

Mehndi's virtual avatar performed some of his top hit songs, including Jaago India, India India, and Namoh Namoh. He performed on songs that gave a sense of patriotism and that were in perfect harmony with the Republic Day event. With this, the 54-year-old singer became the first Indian artist to enter the virtual world of the metaverse to entertain his fans, making a mark on other celebrities.

As part of their virtual participation in the concert, fans also chose various avatars and dance acts. To add to the excitement, In the middle of the performance, Daler also dropped a few NFTs which his fans had adored.

"I am glad and consider myself lucky that I am representing India. The team wanted me to perform Namoh Namoh invoking the Divine. This is a great platform to send a message to the entire world that we Indians believe that God is One."
- Daler Mehndi said filled with rejoice

The famous singer performed at Party Nite - one of the first virtual metaverse venues in the country. According to the official website of partynite.metaverse, it is a “digital parallel universe, powered by blockchain”.

International pop artists such as Travis Scott, Justin Beiber, Marshmello, and others have previously hosted concerts in the metaverse, allowing users to entertain their fans exclusively. In India too, the metaverse area is growing in size as more metaverse startups are coming up in the country.

WoWExp Technologies, India's first metaverse platform, launched an app on the play store under the name "MiniMeta". The MiniMeta app is an advanced Augmented Reality (AR) visualization tool that allows you to enjoy and experience AR interactions around the world, which integrates the real world and the digital world together. You just need to scan, tap, and augment. It creates a fantastic and interactive experience that provides an immersive sensory experience that digitally simulates a virtual environment.

The company is also working to build more Metaverse platforms as the industry grows into a trend-setter.

If you want to learn more about how you can implement the best Metaverse practices in your industry, don’t forget to drop us a ‘Hi’. We have a team of experts, ready to help you out to build the one.

She is a writer by day and a reader by night.

Since you read this

How Metaverse will change the future